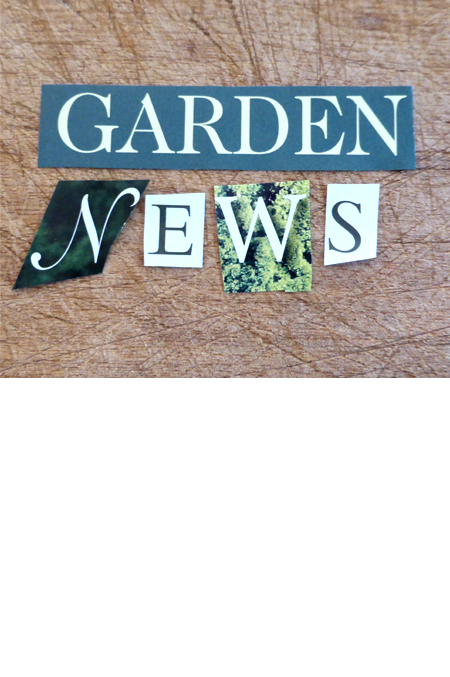 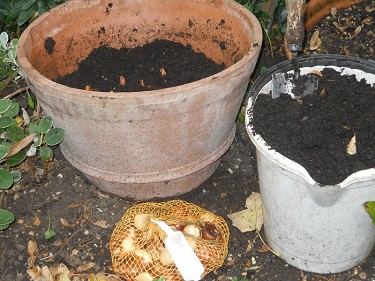 The temperature has dropped dramtically today and my tulips are finally getting potted up. I have decided I can manage tulips much better in pots where the risk of them being damaged by digging during the year is removed and bulbs are easy to find and replace if they don't re-flower well in subsequent years. 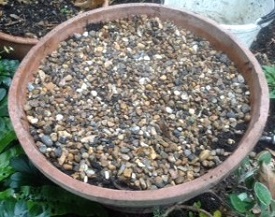 A generous wide pot with enough depth to put the bulbs 5" below a good compost layer is my choice. Gravel on the planted pot keeps earth from splashing on the young tulips but also, (more importantly!) reminds me these pots are occupied. DO NOT DISTURB! 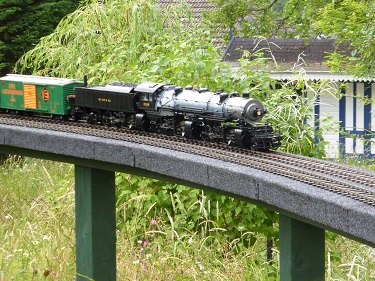 A beautiful steam train running on the newly constructed railway track in the garden of a very old and dear client in Hertfordshire. The garden, only completed in the late summer of last year, was recently featured in a trade magazine Pro Landscape and sited by the contractor Archant as the garden of which he is most proud. #Elstree #railwaygarden
prolandscapermagazine.com/september-2014

I visited this garden which was built and planted this May and was deighted to see how full the planting is looking. This is thanks to the irrigation system. The power of a good soak! 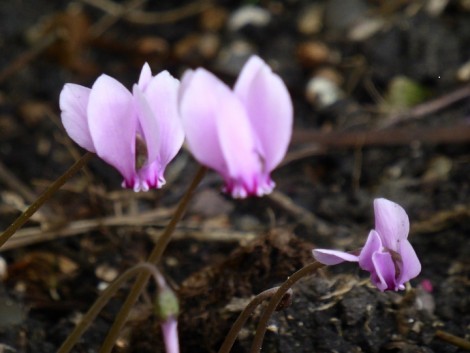 While tidying under some shrubs in a very dry, shady corner of the garden today, I was met by these little darlings. They must be cyclamen I bought to have in the house over Christmas last year, then tucked away outside in a spot where I thought they might survive undisturbed. Not dramatic but very edearing and just for the benefit of the few who look. They should gradulally bulk up and might eventually even make more of a splash. In the mean time, they are my personal pleasure. 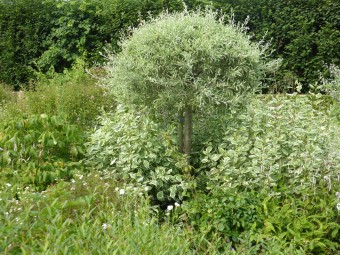 Again, in theory, a study in silver foliage, with something structural in the form of the clipped weeping pear and varigated cornus leaves, could sound promising. Somehow the reality is dull, indistinct and with no focus for the eye to settle upon. 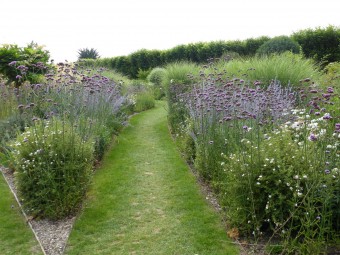 The reality of a triangular bed ending in a sharp point. No doubt the plan works on paper, just not on the ground. 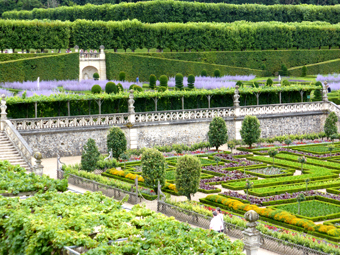 Yes, I've been on holiday. The perfect box hedges of Chateau de Villandry, planted with red and white begonias. Not currently fashionable, strikingly well executed and undeniably impressive in it's scale. 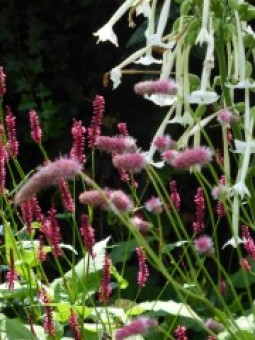 Three tall performers in my garden; what I think is Sanguisorba 'Pink Tanna', growing in front of one of my real stalwarts, Persicaria Amplexicaulis 'Firetail'. To the right you have a glimpse of Nicotiana sylvestris, a half hardy annual which I grow in a pot to try to keep it out of the reach of the slugs and snails who will feast until there is nothing left of the plant. The wonderful smell of this Nicotiana, sweet and strong in the evening, the relatively late flowering performace and the glow of the small trumpets, seeming to float, in the low light of dusk make all the pampering worth while.

The black fly on my Dahlias are being groomed by the ants. A sponge and washing up liquid has put paid to them. For now.